Well, my Christmas vacation to Denver is over and I'm back in good ole Houston. I have a few things to write about that occurred during my stay but I first wanted to touch on some additional news I've recieved from Flying Dog. Josh Mishell over at Flying Dog sent me a press release covering the two new beers that I mentioned in my previous post. As a recap, Flying Dog is creating two new beers for next year. The first is an addition to their Canis Major line up and is a Belgium Tripel named Cerberus, the second is their Spring seasonal a Bierre De Garde named Garde Dog. In the press release they sent out the new labels, still done by British artist Ralph Steadman. You can see the labels below. They look pretty cool, and I can't wait to try the new beers. The other cool news is that they will be releasing two new mixed packs of their Canis Major (Gonzo Porter, Horn Dog, Double Dog and the New Cerberus). The first will be a four pack of each of the beers, the second will be an eight pack of 7 oz bottles, so the consumer will have two short bottles of each. A pretty unique idea and a way to try some of these higher aclohol beers without drinking a full 12 oz. 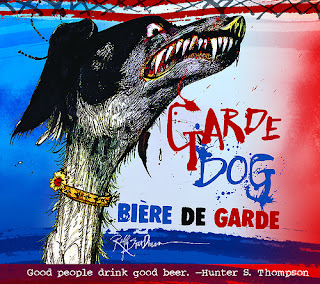 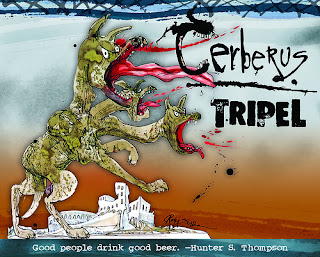 Posted by Barleyvine at 8:28 PM