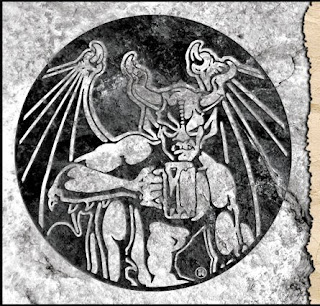 As I mentioned before, while I was in San Diego I had the chance to stop by the Stone Brewery for a tour, tasting and dinner at their awesome restaurant. While there I of course picked up a couple of their beers and drank them during the remainder of my week in So Cal. I tried to pick up the Stones that aren't available here in Texas so no Arrogant Bastard (oaked or otherwise), no smoked porter, no Ruination. So what else is there? Glad you asked.
Belgian Style Tripel/Collaboration: This is made by Stone Brewing along with Alesmith (another California Brewery) and Mikkeller (a brewery from Denmark). These type of beers always interest me in that they show how different brewers can come together and create something that represents each of their personalities. This one is a tripel style ale weighing at 8.7%. It pours a clear orange color with a quarter inch white head. Hops and white fruit on the nose along with honey and citrus (orange and lemon). The mouth is bitter, much more so than I expected. There are sweet notes of honey and white fruit as I would expect from a good tripel but the flavor is incredibly subtle. The nose on this was really aromatic and I expected that to translate into a stronger flavor profile. While the flavors were there, they weren't there in the strength I would have preferred, they felt muted. This one gets a B- from me. Here's what the folks at BA had to say.
Cali-Belgique IPA: This is Stone's version of an IPA made with a Belgian yeast. Its a standard Stone IPA where the yeast flavor will hopefully take a stronger presence than normal. It has 77 IBU's and weighs in at 6.9% abv so its no light weight. Pours a bright orange clear color with a thick frothy white head. The nose is hoppy with tropical fruit notes. The mouth is effervescent, bubbly, hoppy with notes of white fruits and some fruity sourness from the yeast. A very interesting beer. You can definitely taste the difference the yeast makes which is the point of the beer I guess. There's a certain funkiness to the beer that adds complexity to an otherwise standard IPA. This one gets a B+ from me. Here's what the folks at BA had to say.

Now that's not quite the last Stone beer I bought from the brewery just the ones I had while in California. The other one I grabbed was Stone's 08.08.08 Vertical Epic release. This a beer that's released every year by Stone, starting at 01.01.01 and will continue through 12.12.12. Each is a different style of beer (this one is a Belgian Strong Pale Ale) and each made to age so that when the last one comes you can have all 12 and do a vertical tasting. Not sure I'll be able to hold on to this one for that long, but I'm going to let it sit for a while at least.
Posted by Barleyvine at 2:26 PM

My name is Brian Tokarik and I work at MicroMatic.com. We just launched a new Beer Social Network. It would be great to have you guys join.